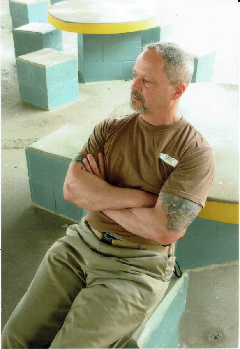 An unbelievable judgment! A judgment without proof and a motive.

He, a former two-time Mayor of Ingleside Texas, was convicted of a murder he did not commit. Ironically, Mark was tried not once,
not twice, but three times for this murder. The first trial ended in a hunger jury, the second trial an acquittal, and the third a conviction.

How? It's simple really; as the totality of the evidence now shows, Mark was framed. He was convicted for the murder of Nick Brueggen, racketeering and fraud is life without the possibility of parole.

This miscarriage of justice has had an extreme impact on Mark's life, it has changed everything, it has turned everything upside down,
it is an extreme challenge for him and his whole family. Wrongful convictions can simply destroy an entire life plan.

In the documents you can read the exact facts and through the affidavits the innocence of Mark becomes very clear.